#DawgsCare is a campaign to tie the stories of daily lives of Husky doctors, patients and families to the dedicated Husky Athletic fans out there, and remind them that the hospital across the street is ranked #1 by U.S. News & World Report. The campaign involved a takeover of the lobby, elevators, and concourse pillars in the season ticket-holder entrance to Husky Stadium. We also told the story of a Husky Athlete in the programs and alumni magazines. We had a moment of exclusivity during the football games, where all of the LED signage displayed our messages about being ranked #1 by US News & World Report. We were lucky enough to have the support of Dr. Dubs, who helped us get the hashtag noticed on social media. 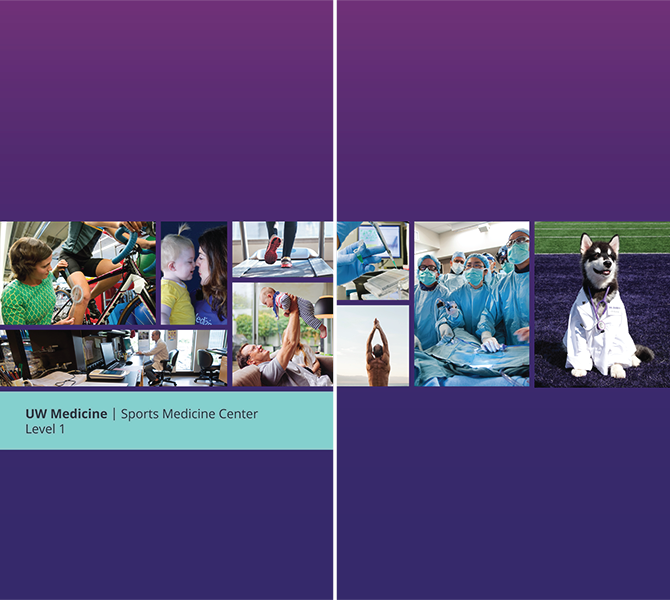 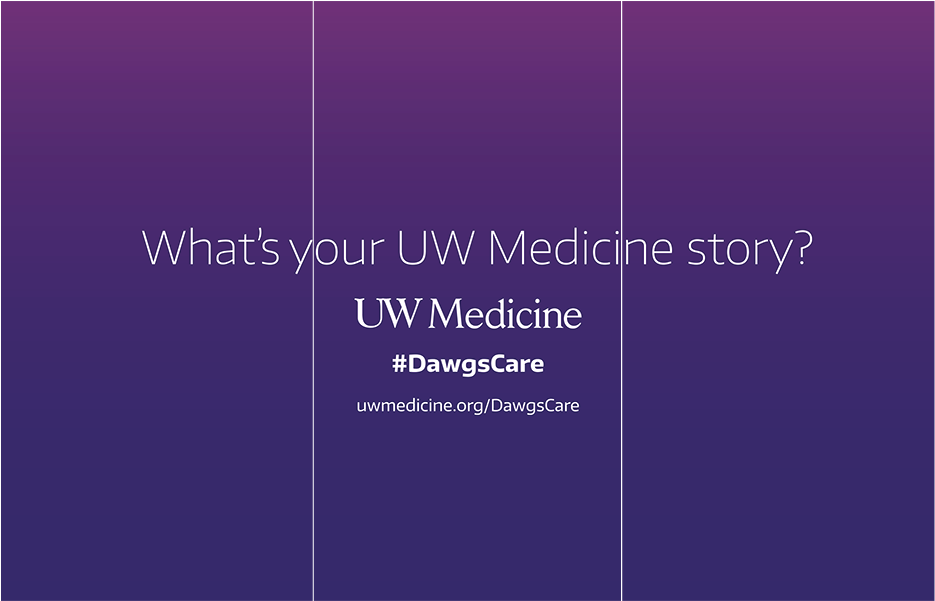 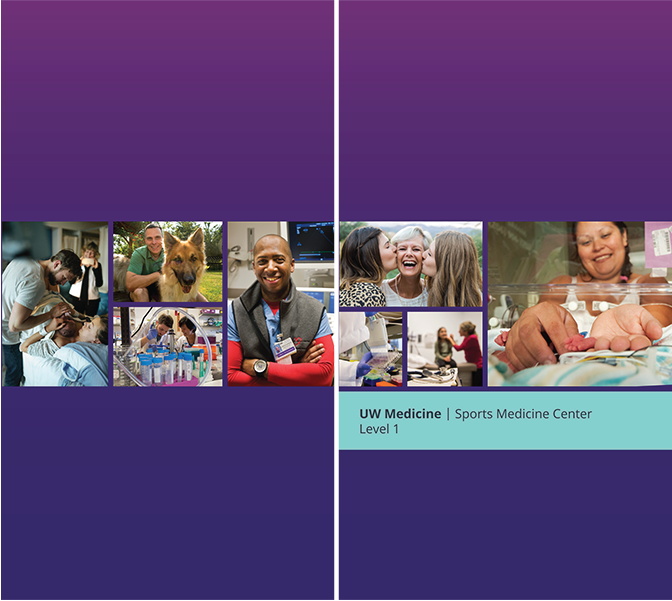 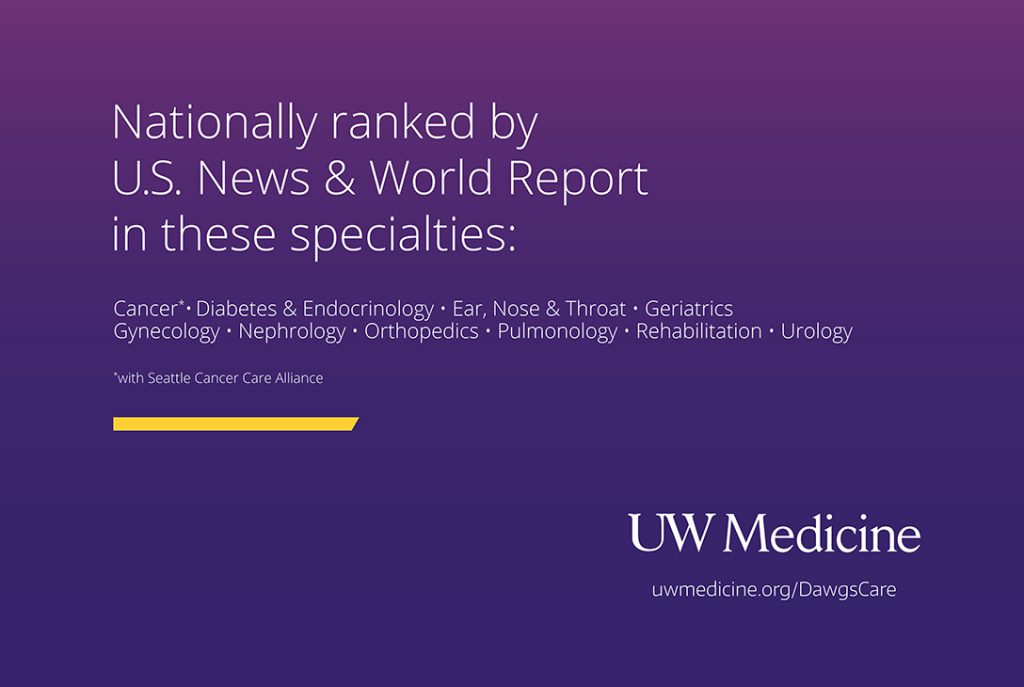 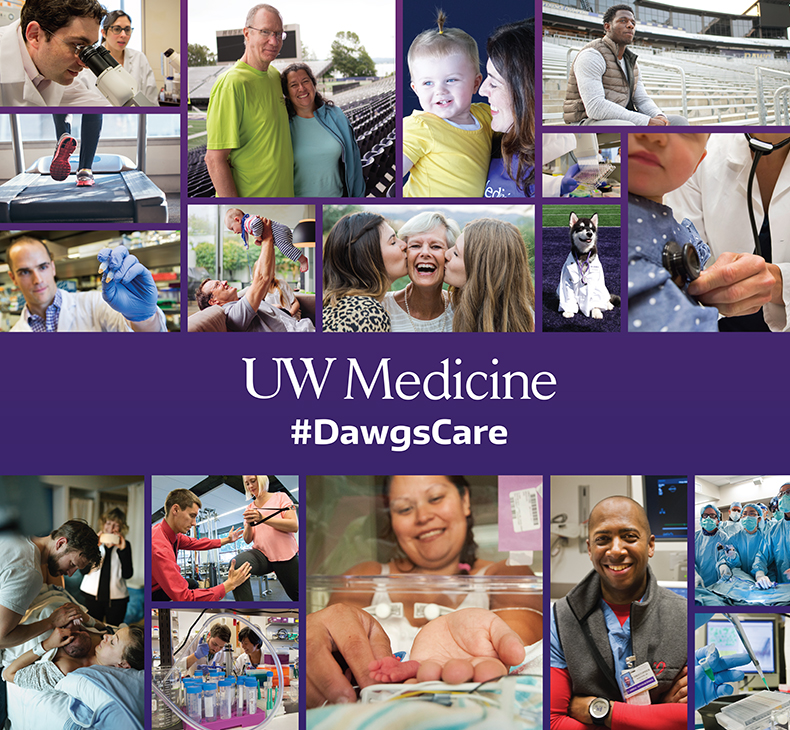 These animations ran around the ribbon signage at Husky Stadium. 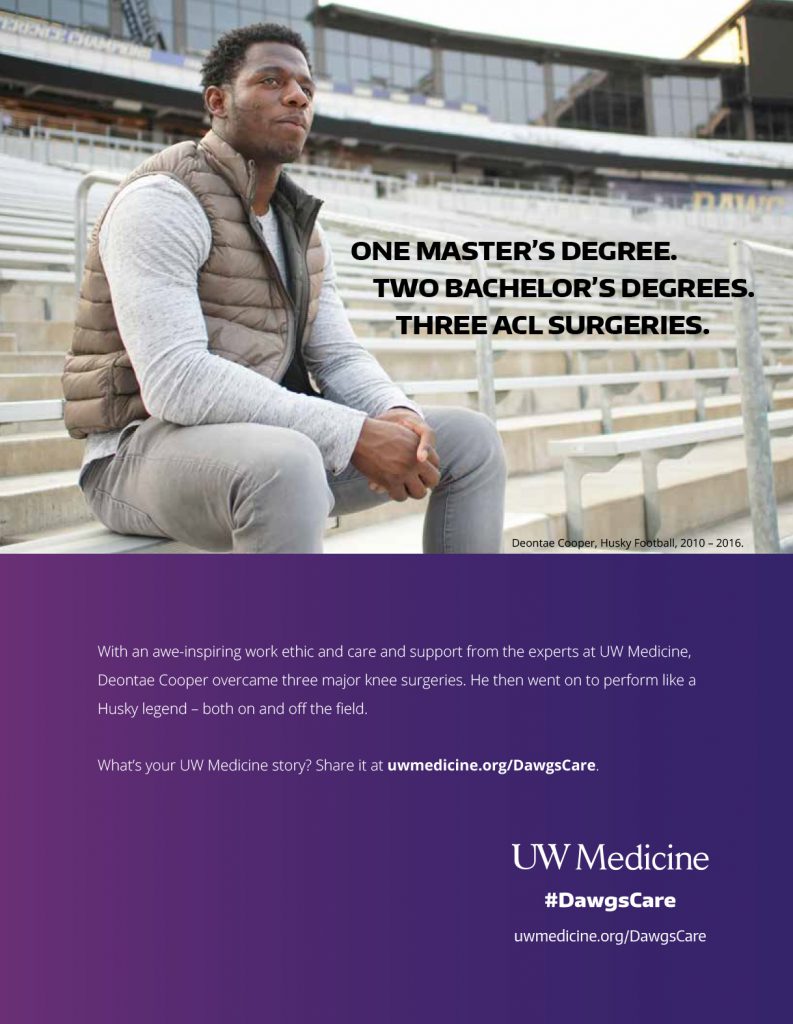 Deontae Cooper has an amazing story to tell. He’s a Husky football player whose determination kept him in the game, despite 3 ACL surgeries performed by UW Medicine surgeons. He was willing to tell his story in the continuing #DawgsCare campaign.